RPS Receives award for 100% access to PLTW (Project Lead The Way) classes in every school.

RPS Receives award for 100% access to PLTW (Project Lead The Way) classes in every school.

On Monday many of our Project Lead The Way educators attended the MA PLTW Networking Conference at WPI with hundreds of educators from across the state.

A research study has now definitively linked participation in PLTW courses to increases in student engagement and MCAS scores! During the lunch break we were able to view an impressive awards ceremony where Randolph Public Schools was recognized with an award of distinction as one of only four districts in the state that is implementing PLTW in all of the schools in the district! 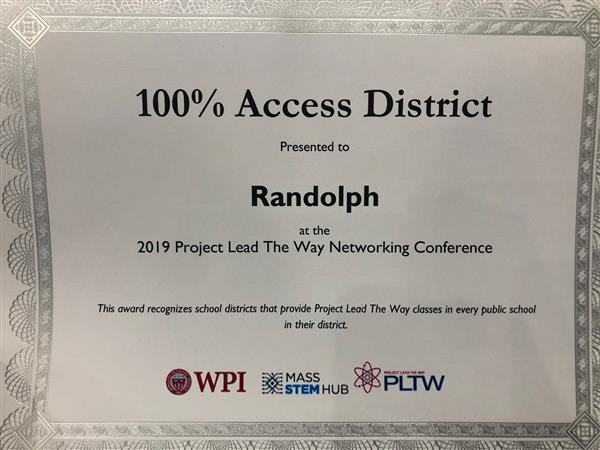 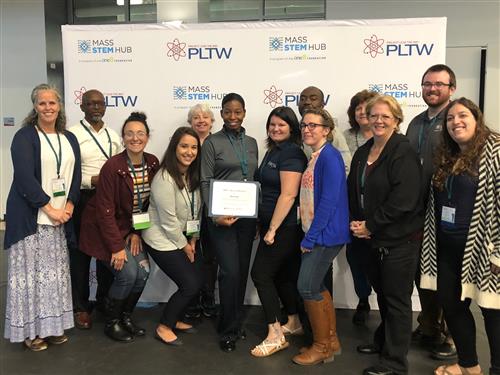 The Randolph Public Schools (RPS) do not discriminate on the basis of race, color, creed, national origin, ethnic identity, sex, gender identity, disability, handicap, age, religion, sexual orientation or homelessness in admission to or participation in its programs and activities. RPS does not tolerate any form of discrimination, intimidation, threat, bullying, coercion and/or harassment that insults the dignity of others by interfering with their ability or freedom to learn and work.
Copyright © 2002-2020 Blackboard, Inc. All rights reserved.